Lebanon: From Civil War to Chaos, A Tribute to Filmic Resistance

The ALFILM SPOTLIGHT is dedicated to Lebanon entitled From Civil War to Chaos: A Tribute to Filmic Resistance. Funded by the Hauptstadtkulturfonds, with the support of Leibniz-Zentrum Moderner Orient and under the patronage of Volker Schlöndorff, it sheds light on the abuses and mismanagements that led to the current crisis Lebanon is battling, through the lens of filmmakers who creatively take their destiny into their own hands, transforming trauma and experiences into films and thus actively shaping resistance.

To understand the financial collapse that Lebanon is facing and retrace the origins of the crisis, the SPOTLIGHT of the 13th edition of ALFILM is dedicated to Lebanese cinema from the civil war period and until nowadays, through the perspective of Lebanese filmmakers on the developments in their country. The reasons of the Lebanese financial collapse find their roots in the Lebanese civil war, which has deeply and violently divided the country along sectarian lines. With the end of the civil war, many warlords, leaders of the confessional political parties and militias that waged the war, took over the country, which they are still ruling until today.

In the face of the ensuing mismanagement and corruption of the Lebanese ruling class, filmmakers took it upon themselves to challenge the mainstream discourses and to offer alternative and critical perspectives to the prevailing social and political carelessness. It is this filmic resistance that the 13th ALFILM SPOTLIGHT wishes to showcase.

From Bourhane Alaouié’s Beirut, the Enconter (Lebanon/Belgium/Tunis,1981), which already during the Civil War spoke against the division of the Lebanese society and positioned itself strongly against sectarian tendencies, and until Mounia Akl’s Costa Brava, Lebanon (Lebanon/France/Spain/Sweden/Denmark/Norway/Qatar, 2021) that examines the social and emotional impact of the current financial crisis on the lives of a Lebanese family, this year’s SPOTLIGHT sheds the light on the corrupt political elite’s lack of policies and the causes of the current financial collapse.

The question of the physical destruction and reconstruction of Beirut and the parallels between the constant mutation of the city and that of its inhabitants, particularly that of a generation that grew up during the war, are at the centre of Ghassan Salhab’s Terra Incognita (Lebanon/France, 2002). Simon El Haber’s recent documentary, Re-Destruction (Lebanon, 2021) explores the harm done by the post-civil war corrupt policies for the reconstruction of the central neighbourhoods of Beirut in the vicinity of the harbour.

Furthermore, post-war filmmakers are actively engaging in re-examining the past and bringing forward to the public debate the questions of guilt and redemption. In Nos Guerres Imprudentes (Lebanon/France, 1995), Randa Chahal Sabag explores the engagement of her own family in the civil war, and in Once Upon a Time, Beirut (Lebanon/France, 1995) Jocelyne Saab stresses the importance of the work on memory for a generation that was born during the war and the impossibility of moving forward without knowing and understanding the country’s history.

In Memory Box (Joana Hadjithomas and Khalil Joreige, Lebanon/France/Canada/Qatar, 2021) as well, the 13th SPOTLIGHT opening film, the question of the civil war’s memory is a central theme for the representation of contemporary history. The film also deals with the emotional consequences of war trauma.

A short film program (A Declaration of War by Ely Dagher, Lebanon, 2021 – Recovery by Jean-Claude Boulos, Lebanon, 2021 and Struck by Sarah Kaskas, Lebanon, 2021) is dedicated to the aftermath of Beirut’s harbour explosion and the consequences of the current financial crisis on a new generation of Lebanese filmmakers.

Two panel discussions with filmmakers from Lebanon and representatives of ALFILM’s partners Beirut DC and the Cinematheque Beirut accompany the SPOTLIGHT program. The questions of The Multiple Roles of Archives as well as Making Cinema in Times of Crisis will be analysed, discussed and addressed within a socio-political context. Furthermore, a Master Class with documentary filmmaker Eliane Raheb will complement the ALFILM SPOTLIGHT.

Films of the 13th ALFILM SPOTLIGHT

A Declaration of War

A World Not Ours

Erased, __ Ascent of the Invisible 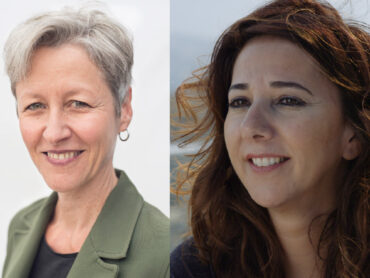 My Father Is Still a Communist

Once Upon a Time, Beirut 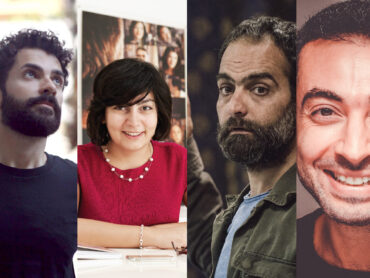 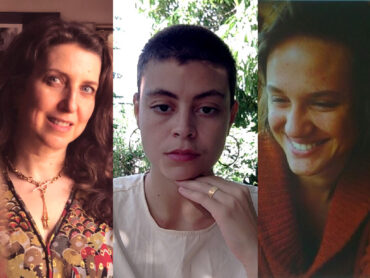 PANEL: The Multiple Roles of Archives in Building Counter-Narratives: from the Personal to the Collective

Topology of an Absence

With the PANEL: The Multiple Roles of Archives in Building Counter-Narratives: from the Personal to the Collective > 22.4.2022 | 17.00 | Silent Green